DAN – Black is not just black

Black belt – and that was it? From now on you are a “master” or sensei?
Nope, it’s not that easy. On the contrary, with the 1st DAN the path of Budo actually only really begins.

The graduation system, which is most often used worldwide nowadays, is a quite new invention. Actually, it originates from a board game, namely the Japanese Go. In the old Japanese Bugei arts, the forerunners of Budo, there was a ranking system in which a sensei awarded his respective students with certificates from 1 to 5, depending on their success in striving for perfection. The highest rank was (and still is) that of “Menkyo Kaiden”, expression of the highest mastery and symbol of the style heritage that continues the martial art.

The current graduation system with student (Kyu) and DAN degrees was first introduced by the founder of Judo, the Japanese Jigoro Kano. In classical karate from Okinawa there were no graduations at all at that time. A belt, if worn at all, was only used to prevent the trousers from slipping or to tie the jacket.
Only in the 1920s did Gichin Funakoshi introduce the belt system known today into his Shotokan Karate. There is a distinction between the classical student system (Mudansha) and the steps that distinguish the black belt (Yudansha and Kodansha).

So with the 1st DAN, the Shodan, I am just at the first stage of becoming a Budo wily. In technical jargon, Japanese, it means “form student.” A beginner, a greenhorn who is just beginning to understand where the journey is going. Depending on one’s point of view, the first three DAN grades are also known as “combat grades”, because here the practitioners have to keep perfecting their technique and execution. In larger dojos these ranks belong to the sempai levels, i.e. those of the older students. Only with the 4th DAN the real path, that is the degree of initiation, from the technician to the real master degrees begins.
And since the distances between these ranks are not only measured in skill, but also in years, I prefer not to look “up”, but to look at my feet to master my own path …

5th DAN (Godan)
6th DAN (Rokkudan) both grades include the honorary title Renshi.
In some styles you can also adorn yourself with the red and white belt.

10th DAN (Judan) both grades include the title Hanshi

The Japanese systems refer to the Menkyo Kaiden as the supreme teacher, the style keeper who has complete mastery of the respective martial art style and passes on the heritage of the style.
The 11th DAN has so far only been awarded to Jigoro Kano, the founder of Judo, and this only after his death.

However, this only applies to the classical Japanese system. Other styles, other customs: Nowadays there are quite a few DAN wearers in the dojos, who adorn themselves with black belt degrees, over which the representatives of the classical line only shrug their shoulders. You don’t have to get so old and wise anymore, and a 10th DAN hangs over your jacket. A rogue, who thinks bad things about it …

Exam for the 1st DAN 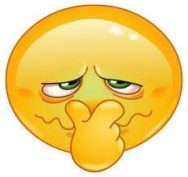 You stink! – Martial arts and hygiene