“I cannot graduate higher than my sensei.” When it comes to his principles, Olaf Bock is very consistent. And loyalty to his teacher, his sifu, is absolutely necessary. “Cor Brugman always had the 8th dan. And therefore, as his master student and successor, I had the 7th DAN. And that’s it.” In 2004, Cor Brugman graduated to the 7th DAN. And he stayed that way for 16 years, although Olaf had actually already held the 8th and later the 9th DAN in other organizations for a long time. In 2011 he was appointed Kyoshi in Japan, in early 2013 the state Furinkazan Karatedo Society in Japan recognised Shaolin Kempo as Shorin Kempo Karate and on 20.07.2014 raised Olaf Bock to the rank of Hanshi with the right to hold the 9th DAN.

But he didn’t. Because Cor Brugman was “just” 8. DAN. And since Sifu Brugman was no longer active due to illness and an even higher graduation was therefore not to be expected, Olaf had finished with the topic DAN graduation for himself. 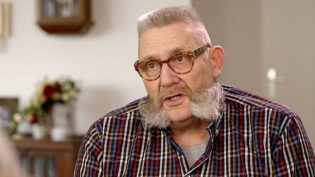 Actually. Because on May 23rd, 2019 something changed, both for Cor and Olaf. Because on that day, the old master was awarded the 10th DAN in recognition of his life’s work and his services to Shaolin Kempo. For Cor Brugman this was a real surprise. The Dutchman was of the opinion that he did not deserve any further graduation due to his inactivity. But finally he accepted the offer. Olaf said: “Cor had deserved this for a long time. Because he really is one of the pioneers of Shaolin Kempo, has influenced more than just one generation of martial artists, in Holland as well as in Germany and far beyond”.

Now this whole DAN association outfit has fallen into disrepute. Too many fat bellies, too many old men, too many hand levers and “SV” instead of martial arts at the seminars – no glory for Shaolin Kempo. Rather a sad picture of obese body ruins with the halo of “Do you remember” and “Everything was much harder then”. Well, if it makes the buddies happy … 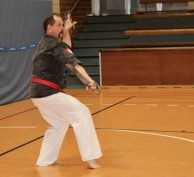 Sifu Olaf Bock is a different calibre. He moves smoothly and skilfully. And his training is really demanding, nothing for posers. But I’ve been raving about this for a long time. But in addition to that, he has an understanding of martial arts and the teacher-student relationship, which actually has something to do with “old times”. As reported, Olaf has officially accepted me as a student. No monthly fee, no contract, no formal commitment. He chose me, not the other way around. But I immediately noticed with the sideburns from Betzdorf that this student-teacher-relationship really means more to him than just increasing the training group. Olaf is actually a teacher, a path expert, who helps me with much more than just teaching individual techniques.

Even though we only see each other once a month, even though we are approximately the same age, even though I am actually rather sceptical about authorities.  But Olaf Bock has exactly the same charisma that I already experienced with my former teachers in KungFu (Sifu Winfried), Taekwondo (Master Oktay) and Kempo (Witalli). And meanwhile I am far enough in my development in the martial arts to not only acknowledge the technical knowledge and skills, but also the special spirit, the spirit that a real teacher can give to his student, if the student is seriously willing to develop in the martial arts.

And since Olaf is Olaf, he obviously thought that if he is already a recognized Hanshi of an official state martial arts organization, then the ladies and gentlemen from the Far East could actually recognize his official students as just that – his students. And without Thomas Kuclo and me knowing it, our Sifu suddenly pulled out two parchment rolls at the end of the last training in Betzdorf and solemnly handed over the documents from Japan to us.

I was very moved by this gesture. The document is beautiful, but actually unimportant. But what Olaf is trying to express has arrived. He appreciates our commitment and dedication to Shaolin Kempo and our willingness to trust and follow him as a sensei. And of course we also show this appreciation towards us. This has nothing to do with blind allegiance, but with a deep respect for each other.

So Thomas and I are now officially registered black belts in Japan. Which strengthens us even more in our way to master Shaolin Kempo. Which, however, does not make us any better in our monthly training with Olaf. 🙂 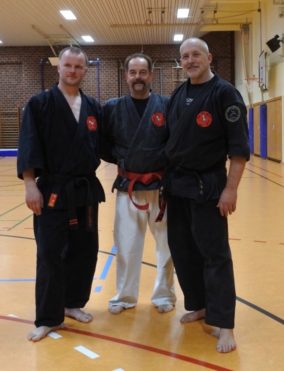 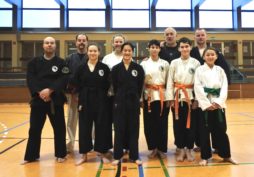 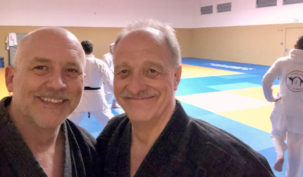