The sensei of diversity

There is hardly any other personality who has influenced Kempo Karate in East Westphalia in recent years as much as Andreas Brechmann. In the interview, the 6th DAN reveals how he came to Kempo, why Shotokan is no alternative for him and why his shoulder is currently his most important opponent for the 55-year-old. 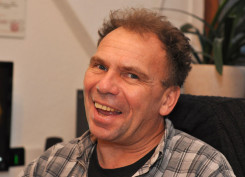 Andreas, when and how did your career as a martial artist begin?

I wasn’t really an athlete by nature. I couldn’t run fast, and I wasn’t good at soccer either. In my youth and in the area here it was very bad, because where were the boys in the club? Of course, at soccer! So systematic sport was not an option at the beginning. It wasn’t until I was 25 that I started training here in Leopoldshöhe-Asemissen. This was preceded by a karate course at the adult education centre, which was offered by Heinz Gerd Joeken. When this did not take place, I, at that time Orangegurt 7th Kyu, searched the surroundings for alternatives and finally landed sporadically at the Karate Club Samurai in Heepen, that was 1987. There a sporty world opened up for me. So much so that we from this VHS group sought contact with TuS Leopoldshöhe and introduced ourselves, Kempo-Karate, for the first time on June 4, 1989 at the sports advertising week of this club. From September on there were the first training times of the “Karate Department” of the TuS Leopoldshöhe, where I was told on the first evening by Heinz Gerd: “Andreas, YOU keep on doing this now, I am a volleyball coach now, I have to earn money with the sport! And then, then it really started…

What were your first trainers, what influences have shaped you?

Clearly Heinz Gerd Joeken and his way of inspiring me and others. And with him his version of Shaolin Kempo, which Heinz Gerd learned from Willi Heuvens from Kleve. He in turn trained directly with Hermann Scholz, who himself is a student of Gerard Karel Meijers was. So the roots of “my” Kempo lie in the Meijers line.
Then another Budo sportsman stepped into my path: In June 1990, the holder of the 4th DAN Jiu-Jitsu, 2nd DAN Shotokan, 1st DAN Judo and 1st DAN Taekwondo lectured an elementary school extension course with us. Klaus Silbernagel from Stukenbrock also influenced my career, because it was him who demanded: “Look beyond your own nose, there is soooo much Budo variety. But remember – you will always be judged by your elementary school!”
In addition to that, other martial arts like Jiu Jitsu, F.I.S.T., Taekwondo, Arnis and various Kobudo weapons were added very quickly. In some of them I am also DAN-graduated today. I even have a yellow belt in Shotokan (smiles)! By the way, I only found out after some time that there are different Karate styles at all. For me there was only Kempo, and that was just THE karate. After six years and many, many trainings I had the 1.DAN.

Straight and twisted kicks and Mawashi Geri with contact on the shoulders … and the tzuki, which you only have to hit once. With the weapons it is easy: Tonfa, one or even two handed, just like the nunchaku. 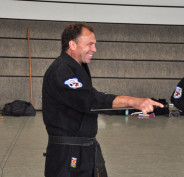 For a decent workout …

… there is no rule, depending on the group appealing to power out, hard, technical or playful. For me it is important to notice “something is coming across”. For me, martial arts in general is ideal: I can train as I want – whether alone, with a partner or in a group.

Since then you have been seemingly tirelessly active in Kempo and its dissemination. And not “just” as an athlete anymore …

That’s right, this has accompanied me almost my entire martial arts career. In 1994 I co-founded the BSV OWL, since 1996 I have been a trainer at the “Friedlicher Drachen” in Löhne-Gehfeld and since 1998 a trainer at SuS Lage. By the way, if you say Sensei is a teacher today, I was more fascinated by one of the earlier translations: At that time his Sensei was also called a “fatherly friend”. This is how I felt my connection to Jörg Schütz, the founder of the Seibukan. From myself I would say that I am actually always the “children’s trainer”. To give children a little joy and fun, and at the same time to give them self-confidence, so that they can stand up and say “HERE AM I!”, that is still my motivation. 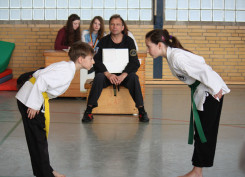 In your opinion, what is the difference between Kempo and Shotokan Karate?

I don’t have to think about that. With Shotokan there is only one correct technique, which is the same from Kiel to Koblenz or Tokyo to Teheran. All the same, all standardized. In Kempo I’m much freer. I can also vary the techniques. I just have to explain why I do it, and the explanation has to be meaningful, then it’s okay. That’s what makes all the difference to me.
Anyone can do Kempo. It is only important to me that he continuously improves his performance.
It has to be weighed up, who is at the limit and where. With some people it can be with the orange belt. Or maybe there are some who want a black belt after all. Limits are there to be overcome, to reach a goal, to motivate oneself. And whoever manages to do this, also deserves success in the form of a higher graduation.

So it is not important that a style is passed on from master to student as “original” as possible? Isn’t this questionable, since this can also lead to the loss of techniques that a student believes he can improve “his” style only by not understanding them?

The change must be meaningful and comprehensible, then it is okay for me. The founder of our style, Meijers, was a different teacher every day of the week. Depending on the form of the day he taught high levels here and low kicks there. He was already versatile in his activities. And all his students not only learned from him, but also interpreted what they had learned themselves. Here in East Westphalia, other influences came, some from the Dutch around Faulhaber, others from local celebrities who are still well-known today. For example Wolfgang Wiechers, who started with the Kempo on TV Blomberg as the bearer of the 1st Kyu Braungurt Shotokan and now runs the dojo. Or Marc Richards, who has learned a Kung Fu style before. All of them brought their experiences and adapted the Kempo to their skills. And I think all this is right, as long as it is, as already said, meaningful and comprehensible. By the way, this is not a Kempo phenomenon. That’s how all martial arts came into being, only this has led to the variety that exists today.

This diversity seems to be your motto. Also the Seibukan association, of which you are a tireless champion, is not only a bracket for Kempo schools?

Absolutely not! It doesn’t want to be a bracket at all, and certainly not just for Kempo… The “North Rhine-Westphalian Budo Sport Association Seibukan” was founded in 1980 by Jörg Rüdiger Schütz in Bielefeld.  It is true that many martial artists are simply federated and don’t want to be ripped off by excessive fees and contributions or to be constantly restricted by rules and regulations. And that’s when Jörg Rüdiger came up with the idea of Seibukan in 1980 as a lobby for Budo sportsmen of different styles. When Jörg Rüdiger, who unfortunately has passed away in the meantime, wanted to retire, he came to me as his successor in 2005. And since then I try to fill the Seibukan with life.

With quite some success, after all, 15 clubs, schools and dojos belong to it by now, tendency growing. But you are not only the figurehead for the Seibukan, but also in the matter of tournament a quite central figure in our latitudes. How did it come to this?

Events such as seminars, training camps and tournaments are simply part of martial arts. What started quite modestly at first has meanwhile developed into large events with over 300 participants and up to 700 individual starts. There I have a great team, which supports me extremely, here in Leopoldshöhe, but also in Lage. At last our championship here had six fighting areas. I’m a little proud of the achievement of putting such a tournament together.

What are your goals for the next and the coming years?

First of all to get fit again. For a long time now I have been struggling with my shoulder rather than with opponents, I have just had another operation and am only slowly getting back into gear. At the moment there is nothing going on in terms of Kempo. This will be my biggest fight in the next few years: curb my own ambition a little and listen to my body and its warning signals. Two shoulder operations, torn tendons and broken ulna in the last years – that’s enough!
Then burden the shoulders of others regarding the responsibility in BSV OWL and/or Seibukan …
Simply no more annoying about “stupidities” of others. But this will be hard, because BSV is my baby, which is about to grow up. And with the Seibukan I took over a responsibility in the name of Jörg Rüdiger Schütz, which I still feel obligatory for me.
I am not yet thinking about a next DAN level myself. There I believe to represent my 7th DAN well and at the same time to keep the distance to higher graduated masters. Because I know some people who can really present these high DAN grades due to their performance, their Budo life and/or the associated wisdom and who deservedly carry them! 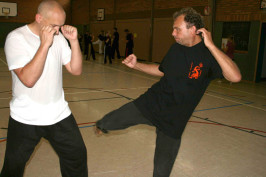 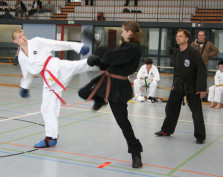 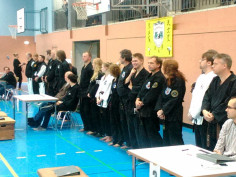 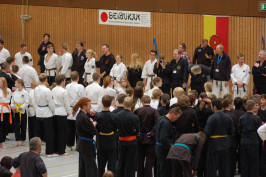 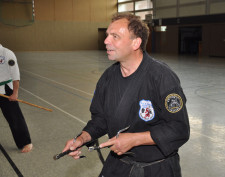 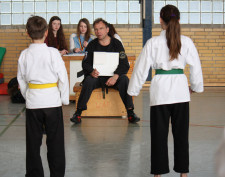 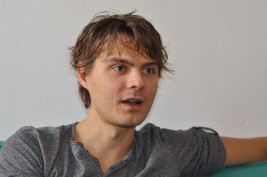 A 10th DAN in Kempo is ridiculous! 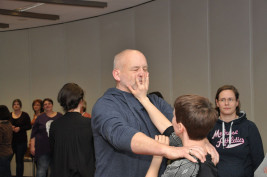